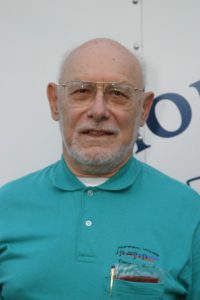 How long have you been playing and when did you start? (School, age, etc.)
Paul began playing the bassoon in 2004 after a hiatus of some 20 years from music making.

What other groups (if any) have you played in over the years or are you currently playing in? Please include military.
Prior to 1985 he was concert manager and performer for Musica Antiqua, an early music ensemble that appeared throughout the Midwest and Europe. He also appeared with Concentus Musicus, Keine Kammermusic and other early music groups in the Twin Cities area. Paul’s expertise is with the instruments of the period, viz, recorder, shawm, krummhorn, etal. In addition to the Northern Winds, Paul plays with the Synod Senior Band plus two other bands and an orchestra in Mesa, AZ.

Anything else you would like to include: Current employment, school, (music degree), retirement, family—whatever you would like known about you!!
Paul was born and grew up in the Chicago area–but has called Minneapolis home for the past 50 years or so. After a stint with the military during WWII, he retuned to school and earned an electrical engineering degree from Purdue University. He spent most of his career in computer manufacturing, retiring from Control Data in l985. Aside from music Paul creates birdcarvings and teaches Scandanavian folk carving.