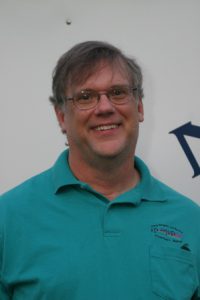 How long have you been playing and when did you start? (School, age, etc.)
Started in elementary school playing trumpet, playing through 9th grade. High School, played baritone horn my first two years (band director thought I had too much wind for trumpet), and played tuba my senior year and continued through college.

What other groups (if any) have you played in over the years or are you currently playing in? Please include military.
At St. Cloud State University – College Symphonic Band, College Wind Ensemble, College/Civic Orchestra, variety of brass ensembles, Solo Work. I also sing Tenor in a choral group at the church I attend.

Have you played continuously, or did your instrument gather dust in the closet for several years? What brought you back?
Took a 10 year break due to no horn, picked it up again when I acquired an old horn, and played in a brass ensemble at the church I was going to at the time. A former member told me about Northern Winds Band, and I thought I would give it a try.

What do you like about playing in Northern Winds?
Opportunity to play in a good, diverse group, playing with another fine tuba player who is old enough to be my dad.

Anything else you would like to include: Current employment, school, (music degree), retirement, family—whatever you would like known about you!!
BS Music Education – St. Cloud State University
Employed at United Health Group as a Help Desk Analyst