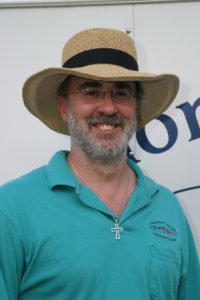 How long have you been playing and when did you start? (School, age, etc.)
Also Baritone. I started in 1969 and played through college (1980) and off and on again for several years for church holidays. I have been playing about 12 hours a week or so for the last 5 years or so.

What other groups (if any) have you played in over the years or are you currently playing in? Please include military.
I am a graduate of Kennedy High School where I played in everything that was offered, including wind ensemble, pep band, marching band, jazz ensemble and various other groups including pit orchestras. I currently play in two contemporary groups at church as well as accompanying the organ for traditional services.

Have you played continuously, or did your instrument gather dust in the closet for several years? What brought you back?
I finally decided it’s easier to keep my lip in shape rather than try to resurrect it each year for Easter and Christmas.

What do you like about playing in Northern Winds?
My high school band teacher started this group with the parents of students at Kennedy at that time. Several students (including myself) also played in the band at that time.

Anything else you would like to include: Current employment, school, (music degree), retirement, family—whatever you would like known about you!!
Hobbies – music, foosball, hunting, fishing.