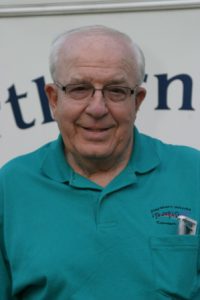 How long have you been playing and when did you start? (School, age, etc.)
I began playing the trumpet when I was 9 years old in Kasson, MN. I was first in a Drum & Bugle Corp. We played at the Boy’s District Basketball Tournament in 1942 at the Mayo Civic Auditorium in Rochester.

What other groups (if any) have you played in over the years or are you currently playing in? Please include military.
I became a member of the High School Band in fifth grade. I played solo cornet in fifth grade with two other students and continued through 8th grade. In 1946 I moved to Blue Earth where I played for 4 years in the solo cornet position. There we also had an orchestra. My band director was Howard Olsen, who is still living in Hopkins, at the age of 92. He moved to Edina in 1962 and started an orchestra there.

Have you played continuously, or did your instrument gather dust in the closet for several years? What brought you back?
I played cornet for four years in college. When I became a minister, I didn’t play as much, but did play in Summer Band in Pipestone when we lived there; plus occasional brass ensembles when the opportunity arose.